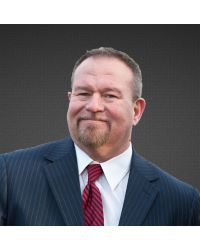 Ben Gilliam serves as Coldwell Banker Commercial NRT's Managing Principal and National Market Leader overseeing Acquisitions, Dispositions and Global Corporate Services for its parent company, Realogy Holdings Corporation (NYSE:RLGY). Realogy Holdings Company is the leading and most integrated provider of real estate services and its brands include Sotheby's International Realty, Coldwell Banker, Coldwell Banker Commercial, Cartus, Corcoran, TRG Title, and their 40 distinct company and brand names throughout the US. Mr. Gilliam is recognized as one of the premier deal makers in the Office and Global Corporate Services in the within the company nationally. Prior to serving in this role, in 2013 he partnered with Waterfall Asset Management, a New York hedge fund to become Managing Principal of Coldwell Banker Commercial. His long-time business partner Jon Treter joined him in opening the office in Denver. In 2015 CoBiz Magazine recognized, their company as the "Best Commercial Real Estate firm". Mr. Gilliam has earned numerous awards in his 30 year career by providing critical real estate advisory services to local, regional and global corporate clients as well as multi-market Fortune 500 clients. A highly experienced strategist, his vast expertise and in-depth market knowledge has resulted in some of the most significant commercial real estate transactions in the USA and within the Coldwell Banker Commercial system. These include a 221,000 square foot corporate headquarters in Ft. Worth, TX for Xpressdocs and a 35,000 square foot regional headquarters for Sotheby's in Houston, TX They also include the sales and acquisition on behalf of McGraw-Hill for a 241,218 square feet HQ building and 55 acres of land, the assemblage of the 121 property 12 block CBD redevelopment of Lowell Center in Colorado Springs and the sale of the 132,000 sf Trilegiant HQ in Cheyenne, WY. Mr. Gilliam also represented the United States Olympic Committee (USOC) and Travelport, a subsidiary of The Blackstone Group. He is proud of his work with non-profit organizations assisting them in owning their own property, including a 88,000 square foot facility for Project Angel Heart and a 115,000 square foot building for the Denver Scholarship Foundation. He has been recognized annually for 19 consecutive years with the Presidential Circle of Distinction and DMCAR "Heavy Hitters" award from 2002 to 2018. While at Newmark Grubb Knight Frank from 2006-2013 he was recognized as one of the "Top 20 Power Brokers" by the Denver Business Journal. He has been involved in more than $4.6 billion of commercial real estate acquisitions, sales, development, and leasing transactions. He has successfully negotiated leases for nearly 2,800 transactions totaling in excess of $5 billion in value. Furthermore, as a prior CEO/Managing Partner for a self-funded company, which grew to include capital investors and a board of directors, he fully comprehends the issues critical to business operations and profitability. Prior to joining Coldwell Banker Commercial, from 2006-2013 Mr. Gilliam served as Managing Director at Newmark Grubb Knight Frank leading a Global Corporate Services and Tenant Representation team. From 2001-2006 he initially led Coldwell Banker Commercial Denver to become one of the top 10 performing global offices within the entire network and when he left the firm in 2006, he departed as President of Denver operations at a time when the firm had over 150 employees. During that time, he was also appointed to the Global Advisory Board for Coldwell Banker Commercial HQ in Madison, NJ from 2004-2006. He co-founded the initial CBC Global Corporate Services team along with Fred Schmidt, a prior Coldwell Banker Commercial President and COO. Mr. Gilliam began his real estate career at San Francisco based Grubb and Ellis in 1985 and within three years became a "Top 5" producer He has won several awards during his career including the Presidents Club and Circle of Distinction 10 times, ranked as the #1 Top Producer at CBC and received "Top 5", "Career Best" and "Century Club" awards while at Grubb and Ellis. From 1993-2001, he invested capital and co-founded a sports nutrition company that grew to $5 million dollars in revenue within five years and became a nationally franchised brand. During that time, he was a competitive bodybuilder, an NPC bodybuilding judge, and owner of a Gold's Gym franchise. Gilliam continues to be an award-winning competitive Powerlifter. In 2016 he won two gold medals in regional meets and broke four long standing powerlifting records. In 2017, 2018 and 2019 he competed at the International level in London and Blackpool, UK and won three additional gold medals. Currently he holds a total of nine gold medals in Powerlifting and serves on the board of an International Powerlifting Union based in London, UK. An active industry and community leader, Mr. Gilliam is a contributing supporter of the Denver Scholarship Foundation, helping to raise over $9 million dollars in scholarship funding since 2008. He has served on the boards for Denver Metro Commercial Association of Realtors, (DMCAR), the America-Israel Friendship League, Project Angel Heart, NAIOP Legislative Committee, American Cancer Society Business Co-Chair, CU Legislative Council and was a founding board member of the CU Real Estate Council. He was selected for the Presidential Fellows Program for the Center for the Study of the Presidency in Washington DC and is an alumni of the Leadership 2000 class. He currently participates in a career mentoring program at the University of Colorado Business School for promising future business leaders. Additionally, he was appointed, in August of 2015, to the Colorado Real Estate Commission Task Force for Employing Broker Standards. Mr. Gilliam is part of a pioneering sixth generation ranching family in Colorado. He received his B.S.B.A. at the University of Colorado where he was Student Body President, and his M.B.A. at Regis University in 2013 graduating Summa Cum Laude with Graduate Honors.