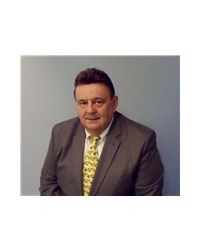 Melvin has been a licensed real estate agent for over thirty seven years. Prior to Coldwell Banker, he was a partner in the firm of W.H.C. Wilson and company, in Roland Park, MD, until it was purchased by NRT. He was the top selling commercial and investment agent in that firm. He has always been involved with the Baltimore Renaissance both professionally and civically. His first real estate activity was by appointment of William Donald Schaefer, former Mayor of Baltimore. He was a community organizer whose charge was to save a vacant and blighted community that had been scheduled for demolition for over twenty years. He assisted with selling homes to be restored for a dollar. He was also charged with finding developers to recycle vacant warehouses and larger commercial properties. He has been involved with many restoration projects and adaptive reuse projects. Most have been historic properties. Over the years he has represented many investors and developers as a real estate agent and as a consultant. Struever Brothers, Eccles and Rouse were among his clients. He is always involved with up and coming communities as well as new high growth development areas, such as White Marsh, MD. He particularly enjoys unusual projects that often result in improving communities. Most recently he represented Manna House, a homeless advocacy organization, in the acquisition of a neighboring restaurant that was needed for expansion. This service was pro-bono and The Coldwell Banker charitable Foundation made a generous donation. He has represented many non profits, such as CHIMES. He has served and chaired many non profit boards to include The Greater Baltimore Board of Realtors and The Maryland Association of Realtors. Serving the real estate industry, he invested twelve years on a state committee who developed the current landlord tenant laws regarding lead paint safety. He is currently a trustee for the Greater Baltimore Board of Realtors Charitable Foundation. As chairman of the GBBR legislative committee for several years, he was very successful in leading the industry in supporting and defeating legislation affecting the industry. While he is experienced in a variety of marketplaces, he is most accomplished with Multi family investment properties, primarily of historical nature. As an investor in commercial and residential real estate, he offers his clients lots of proven advice. Most recently he brokered the new home of The Oriole Dog Training Club. With the help of many volunteers, He then oversaw the redevelopment, design and construction of an old warehouse into a world class dog training school. It is located in Halethorpe, MD. He is also active in land development, especially in White Marsh, where he spent his childhood on a farm. Because of his many years of serving residential and commercial clients, he has skills that give him an edge for many projects. For example, he has created development opportunities by assembling former residential properties. Former churches, firehouses, libraries etc. have often been converted to residences. Likewise former large residential properties have been converted to commercial or industrial use. He has always had a philosophy that no job is too big or too small. He never says "no." He is a proud military veteran (US Army) and has a degree in secondary education. While he never taught in a high school he enjoys teaching and lecturing. He has conducted many real estate seminars as well as the real estate licensing course.