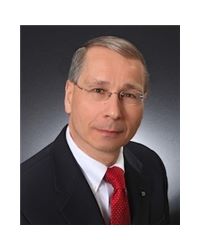 My goal is to provide the highest possible level of service and expertise to my clients to fulfill their Real Estate experience.

Originally licensed in 1974, Steve has been a leader in the business of selling and leasing commercial, industrial and investment real estate for over forty years. Joining The King Davis Partners in Haverhill in 1976, he became a member of the Commercial Division in 1982 and was appointed Manager in 1985. In 1988 he was named a Vice President and Partner. In 2000, upon the sale of The King Davis Agency Partners, LLC, he became a part of Coldwell Banker Commercial, NRT. He is a Cum Laude graduate of Salem State University where he earned his Bachelor of Science Degree in Business Administration with a concentration in Real Estate. Steve has earned many awards for selling, leasing and listing. He has been the Top Producer in Massachusetts for Coldwell Banker Commercial, NRT and has earned the most prestigious national award for sales achievements, "The Circle of Distinction". Over the years, Steve's expertise in the field of commercial and industrial real estate has been recognized in the community. He has lectured several real estate courses for SCORE and The Greater Haverhill Chamber of Commerce. Steve has worked as a leader to local real estate organizations, including as a Director of the New England Commercial Property Exchange and as a Charter Member of the Realtors Commercial Alliance. He has also served as Treasurer of The Northern Massachusetts Commercial Industrial Board of Realtors. He is a licensed broker in Massachusetts and New Hampshire. He is a member of the National Association of Realtors and the Massachusetts Association of Realtors. Steve is dedicated to supporting the growth of the local business community. He has served the City of Haverhill over the years having been a Member of Zoning Bylaw Review Committee, Growth Management Task Force, creation of the Regulations of the Downtown Transit Overlay District and the Riverfront Overlay District.