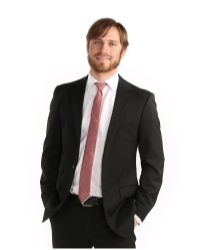 Born and raised in the Rio Grande Valley, Daniel is a graduate of The University of Texas at San Antonio with a Degree in Finance. After becoming a Licensed Real Estate Agent in 2006, he became a Licensed Broker in 2008, and while establishing the CBC office in South Texas, was named Coldwell Banker Commercial's "Rookie of the Year." In 2012 Daniel was named to Coldwell Banker Commercial's Circle of Distinction and almost annually receives the honor. He is fluent in both English and Spanish, and is well networked through his affiliations with the CCIM Institute, Coldwell Banker Commercial, and The International Council of Shopping Centers. Daniel is extremely driven, and in 2018 he was selected as one of Real Estate Forum's Top 50 under 40 in Commercial Real Estate. Daniel has worked with several, national, and regional organizations, ultimately leading to excellent experience. Some of his past and present experience includes work with organizations and companies such as Denny's Corporation, ADT Security Services, Circle K, Wells Fargo Bank, New York Life, JB Hunt, Easter Seals, Domino's, Orange Theory Fitness, The United States Census Bureau, Popeye's Louisiana Kitchen, JP Morgan Chase Bank, Molina Healthcare of Texas, and Baylor University. Daniel enjoys all aspects of commercial real estate and development, and has closed commercial and investment real estate transactions of all kinds.