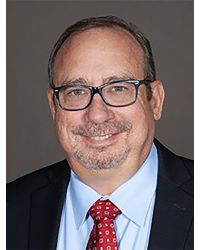 Perry Pursell is a veteran commercial real estate professional. Serving the Gainesville market since 1986, Perry has a wide range of commercial expertise including retail, office, industrial, land, and management. Most recently as a RE/MAX agent he was recognized as a Hall of Fame Agent (over one million dollars in commissions) and a Platinum Producer. "As important as his accomplishments," says Beery, "Is the tremendous respect Perry has earned in the industry. He is a total professional with a fun personality and someone who will be pleasure to work with on a daily basis." For Perry, "I've had a successful career running my own show and have enjoyed every minute of it. That being said, I am a big fan of being part of a strong team, especially one that's composed of the top talent in the area with a vision for the future that is nothing but exciting. It's like that saying, ‘The whole is greater than the sum of its parts'. Being part of the culture of success that Beau and Todd are creating will make me a better Realtor. My goal is that my contributions will only make the whole team stronger. In the end our clients will reap the benefits." Some of Perry's major transactions include the lease and sale of the Veterans Administration (VA) Project Honor, a 20,000 square foot office building on Hawthorne Road, the VA Pain Clinic on NW 98th Street, the sale of the former Winn Dixie Plaza to Alachua County for The Alachua County Sheriff's office, the new Sinmat location in the Northwest Industrial Park, the warehouse location for Exactech in the Northwood Industrial Park, the sale of the former Campus USA Delta Operations Center to Trade PMR, and countless other sales and leases. In 2011 he was awarded the "Innovative Marketing Award" by his fellow commercial Realtors. Perry believes that part of the reason for his success is that he's an active community member. He's president of the Downtown Rotary Club, a past director for three years of the Gainesville Alachua County Association of Realtors (GACAR). He's the Current and past Chairman of the Commercial Investment Committee for GACAR. Additionally, he is a long standing member of the Greater Gainesville Chamber of Commerce and a contributor to the Momentum 2015 program of the Council for Economic Outreach. Perry is especially proud of his two children Paul and Sara. Paul is a resident of Gainesville and works at Haile Plantation Animal Hospital. Sara is a graduate of the Florida International University School of Business Honors Program and currently resides in Brisbane, Australia. Originally from Crystal Lake, Illinois Perry loves to travel and came to Gainesville after living in the Florida Keys. He says it's no accident that he's an avid fisherman.