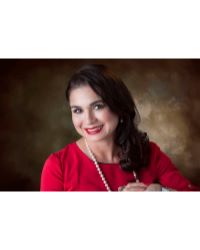 Sally Fraustro Guerra is a McAllen, TX native. She attended McAllen High School and received her BA from The University of Texas-Pan American in Edinburg, Texas. She has been a Real Estate Broker at Coldwell Banker La Mansion for over 19 years. In addition, she recently became the Owner/Publisher of SOCIALIFE, the magazine of the Rio Grande Valley. She is married to David Guerra, former President/CEO of IBC Bank, and together have 5 children and 3 grandchildren. Sally has wholeheartedly embraced giving back to the community by volunteering in numerous committees, boards, associations, schools, galas, and charities. At the university level, she is the immediate past president of the UTPA Alumni Association. She also served as the Gala Chair for UTPA's Boots n Bling and gala committee, UTPA's Folklorico Gala and the International Women's Candlelight Posada. Currently, she is involved with the University of Texas - RGV by serving on its Executive Development Board, Strategic Planning Committee, UTRGV Alumni Advisory Board and the UTRGV - Health Affairs International Review Board. Within the public-school system, she served on the Sharyland ISD Education Foundation for 7 years where she was the Gala Chair for the Sharyland Denim & Diamond Gala and IDEA Public Schools Gala. She is currently serving on the board of the McAllen ISD Education Foundation. As far as her community involvement, Sally has been apart and an alum of Leadership McAllen Class XIII, Leadership Mission Class XXVI, Leadership McAllen Alumni Committee and Rio Grande Valley Partnership Leadership Class IV. Her involvement consists of serving on the board of the McAllen Economic Development, Maquila Women's Association, Museum of South Texas History and the Junior League of McAllen for 10 years. She is currently serving on the Boards for the City of McAllen's Quinta Mazatlan and the McAllen Economic Development Corporation and is the Chairman of the McAllen Chamber of Commerce. In fact, she has won the McAllen Chamber Membership Drive on many occasions. In 2016, Sally Guerra was awarded the prestigious McAllen Chamber Bob Goodwin award, as well as, the McAllen Chamber Volunteer of the Year. Her current charity works extends to being Gala Chair for McAllen's Moon over Mazatlan at Quinta Mazatlan, Gala Chair for the Catholic Charities of the Rio Grande Valley's Hope is in Bloom Gala, and Gala Chair for the McAllen Chamber's Annual Man & Woman of the Year. Forever a dancer, her community functions include participating and winning 1st place in the Rio Grande Valley Diabetes Association Dancing with the Stars Gala in 2008, and again at the 10 year Anniversary Dancing with the Stars Dance Off in 2018. Sally, together with her husband David, were the recipients of the 2015-2017 Texas Association of the Deaf Presidential Volunteer Award at the TAD Biennial Conference in Houston. This prestigious award is given to the dedicated Texas Association of the Deaf (TAD) member (s) who have been actively involved in volunteering with the deaf community. Sally and David demonstrated a 'heart of gold' in their work for TAD's mission and goals. Other accolades include being honored by the Zonta Club of West Hidalgo County as the 2018 Shining Star of Hidalgo County and being the 2018 recipient of the Carino Award by the Catholic Charities of the Rio Grande Valley. Sally and David have hosted numerous fundraisers and events at their home for Senator "Chuy" Hinojosa, Congressman Vicente Gonzalez, McAllen Mayor Jim Darling, Hidalgo County Judge Richard Cortez, Our Lady of Sorrows Catholic Church, and IDEA Public Schools. Sally Fraustro Guerra is a hardworking, sel ﬂ ess, and devoted person to her family and community. She has truly demonstrated that she is an amazing woman that is actively involved in achieving the Rio Grande Valley's aspirations.