Area Description: The Bridgeport Restaurant Building is located approximately four miles southwest of Chicago's "Loop" or Central Business District. Bridgeport is bordered by the South Branch of the Chicago River on the north, Normal Avenue on the east, Pershing Road on the south, and Bubbly Creek on the west. Neighboring communities are Pilsen across the river to the north, McKinley Park to the west, Canaryville to the south, and Armour Square to the east. Bridgeport has been the home of several Chicago mayors, & today ranks as one of the city's most diverse neighborhoods. Due to its position on the canal, Bridgeport became a major industrial center in Chicago at the beginning of the 20th Century. Bridgeport is an established neighborhood containing a mix of commercial, industrial, and residential uses. Commercial/retail activity within Bridgeport is generally situated along the primary roadways that intersect/border the neighborhood including Archer Avenue, Halsted Street, Pershing Road, Racine Avenue, 31st Street, 35th Street, etc. All are moderate to heavily trafﬁcked roadways providing relatively intense exposure to commercial/retail developments. Existing commercial uses are typically situated in free-standing buildings, community/neighborhood shopping centers, or in ground ﬂoor units within mixed-use developments. Bridgeport is home to many staple restaurants, specialty shops, food stores, convenience stores, automotive servicing establishments, & etc. It is also home to Guaranteed rate stadium, which houses the Chicago White Sox professional baseball team. Transportation amenities within Bridgeport include the Stevenson Expressway (I-55), which predominantly extends in a northeast/southwest direction through the northwestern section of the neighborhood. The preceding roadway provides access to the extensive network of expressways and tollways that traverse Northeastern Illinois. In addition, many primary roadways including Archer Avenue, Halsted Street, Pershing Road, Racine Avenue, 31st Street, 35th Street, etc. intersect/border the neighborhood and provide access to the entire Chicago Metropolitan Area. Air transportation services are provided by O'Hare International Airport (20 miles to the northwest) and Midway Airport (six miles to the southwest). In terms of public transportation, the CTA’s Orange Line has a stop along Archer Avenue at Halsted Street. Bus service is available along the neighborhood’s primary roadways. 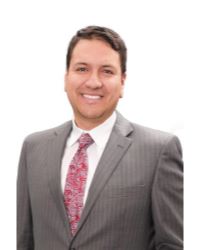