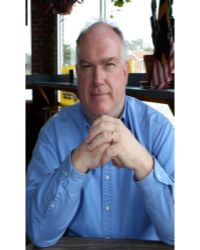 Michael Black is a Horry County native, born in Conway and raised in Myrtle Beach. Mike attended Horry County public schools, graduating from Myrtle Beach High School in 1974. Mike is a graduate of Wofford College and holds graduate degrees from Duke University and the University of South Carolina. In addition, Mike taught at Spartanburg Methodist College and USC and served as a guest lecturer at Duke. Mike is a person of many trades and interests. Like many Myrtle Beach kids, Mike stated busing tables at age 11 and worked in motels and restaurants until going to college. Having been raised in the insurance business, Mike was a top-producing commercial insurance agent for State Farm for 10 years and handled much of Chicora's business during that time. With a strong background in public relations and electronic arts, Mike served as a college public information officer, did media communications for the SC United Methodist Church and managed his own media production company. Mike still does a significant amount of media production in hi sown recording studio, creating video productions as well as composing and recording music sound tracks. Mike produces a promotional video for each of his commercial listings. Many people know Mike as on of the pastors of First United Methodist Church in Myrtle Beach, where he has served since 1992, specializing in ministries for children and seniors. Mike also served as a police chaplain for 9 years, fist at Myrtle Beach Police Department, then with the Fraternal Order of Police as chaplain to the national president. Mike's wife Nadia is an attorney and a former Miss Sun Fun. They divide their time between homes in Myrtle Beach and Pawleys Island. Mike spends his spare time listening to classical music, writing his own music and playing guitar, bass, mandolin, kalimba and several other instruments.