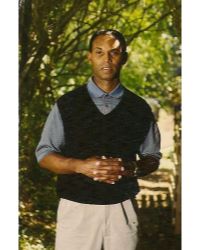 Immediately upon graduating from the University of Virginia with a Masters Degree in Urban and Environmental Planning, Jervis was hired as the City of Fredericksburg, Virginia's first professional planner. He became the City's Director of Planning and Community Development in 1980 and served in that capacity for 23 years. After nearly a dozen years on the job, Hairston also took over duties as the City's Zoning Administrator. As Planning Director, Hairston led and completed critical initiatives to update the City's Comprehensive Plan, along with overhauling the City's main development and growth management regulations--the Zoning and Subdivision Ordinances. This was during a period of significant growth within the Rappahannock region and Planning District 16, and included the City's annexation of parts of adjoining Spotsylvania County that nearly doubled the size/territory of the City in 1984. These important City Plan updates and regulatory tools provided a solid blueprint for growth not only within the suburban areas of the city, but also within the nationally recognized historic downtown area. Focusing on historic preservation and mixed-use projects, infill development and tourism related programs, downtown became the catalyst for a major overall city resurgence, after suffering through especially lean years brought about when nearly all of the key anchor stores located in downtown closed up shop and moved just out of town to the new regional Spotsylvania Mall in the early 1980's. In overseeing planning and zoning, Hairston was able to help lay the foundation for and shape the future of the city by advocating, then administering key adaptive re-use projects such as the old train station renovation and commuter rail project, and numerous entryway and corridor improvements. Hairston also led early-on strategic planning efforts that emphasized the role of expanding Mary Washington College and Mary Washington Hospital along with its adjoining medical office facilities, as cultural educational and employment mainstays of the City, indeed the entire region After 23 years with the City, Hairston joined the Silver Companies in 2003 as Vice President for Planning and Development within the company's residential division. Here he worked primarily with jurisdictions in the greater Fredericksburg area, assisting with the real estate development process and securing permits and entitlements for the company's land holdings. He also assisted with due diligence and entitlements for a number of the company's holdings in other states including Georgia, Alabama, and Florida. Mr. Hairston has taught graduate and undergraduate level courses in land use planning and growth management as a Lecturer and Adjunct Professor for the University of Virginia, was a member of the American Planning Association, including the editorial board for the Virginia Chapter, served many years on the boards of Historic Fredericksburg Foundation, Inc. (HFFI) and George Washington's Fredericksburg Foundation (formerly Kenmore Association), conducts walking tours of historic downtown Fredericksburg, and currently serves on the local Advisory Board of BB&T Bank.