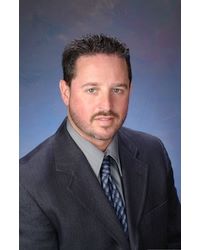 RON KENT has been in the industry for almost 20 years starting with Jack Lupo Realty Company, Inc. where he became an owner.. He has been specializing in office, industrial and retail sales and leasing, as well as land acquisition, development and investment properties. He has completed over 250 transactions totaling over $300 million dollars. A partial list of his clients include: IBM, Sears, IDI, Rooms-To-Go, Aiwa Electronics, Price Waterhouse, Catalfumo Construction and Management. He and his partners recently sold the company to Coldwell Banker Commercial NRT. Ron was acting President and Broker for Jack Lupo Realty at the time of the sale. He has remained with Coldwell Banker to continue his sales. A small sampling of his recent accomplishments was the sale of The Harvey Building, a 14 story , 93,000 square foot office building in Downtown West Palm Beach for $7.25 million to the David Associates. He handled the search and acquisition of 46 acres for $6.5 million in Coral Springs for Rooms-To-Go Furniture to build an 800,000 square foot distribution center, one of the largest in South Florida. He represented Aiwa Electronics of Japan and Price Waterhouse in their disposition of their two Boca Raton properties, which included an office building and production facilities that sold for a combined $3,225,000. He recently sold a 30,000 square foot office building to a client for conversion to medical condominiums. Ron found the property, pitched the conversion idea to his client, and handled the sales when the conversion was complete. He assembled approximately 28 acres in North Broward County and sold it to IDI for $6.8 million